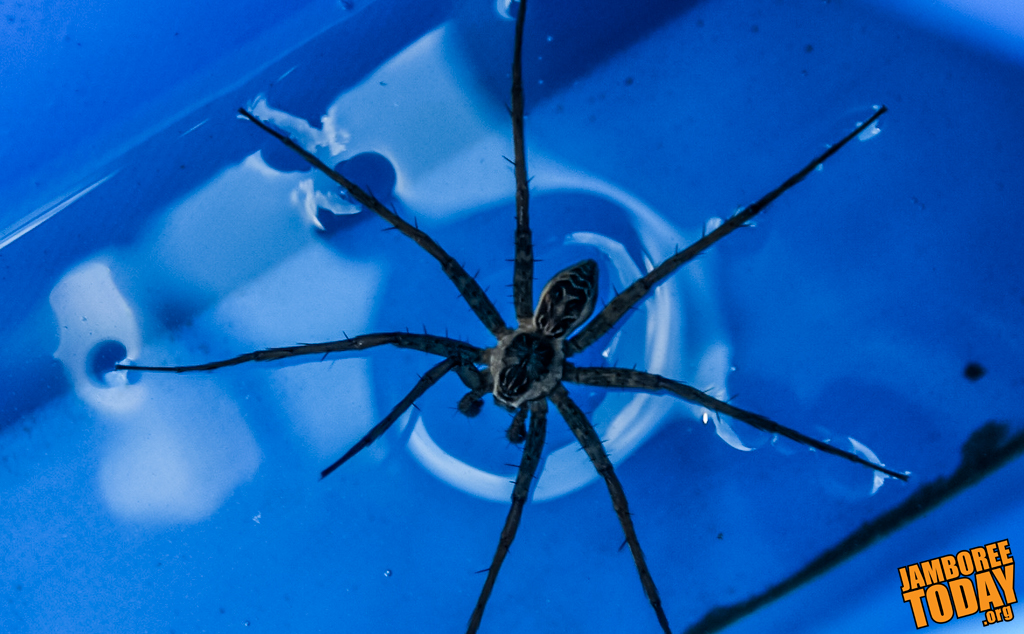 Keep an eye out for extra passengers when hiking at the Summit. Photo by Eric Vickery.

Summit's Native Animals Include Some to Avoid

While at the Summit Bechtel Reserve, participants and staff will walk everywhere, surrounded by West Virginia wilderness. Everyone might, thererfore, meet the animals native to the habitat. Over 600 animal species dwell here. These include more than 57 species of amphibians and reptiles, 70 wild mammals, 178 species of fish and nearly 300 species of birds. As in any other camp, participants should avoid bothering the animals.

Most animals at the Summit are not dangerous. Many of them, like deer and squirrels, will flee from people. Others, like raccoons, will sneak around and steal leftover food and trash. However, a few animals, if they feel threatened, can harm people.

Two dangerous reptiles in the area are copperheads and eastern timber rattlesnakes. The best policy with snakes is to avoid them. Jamboree participants should stay on established trails and avoid from areas of tall grass.

Three insects to watch for are black widow spiders, brown recluse spiders and ticks. If not familiar with these, photos of the black widow and brown recluse spiders are provided by the Boy Scouts of America in the 2013 Jamboree Medical guide for Unit Leaders [PDF]. Ticks are very small and might appear as a speck of dirt. Check for ticks daily at a minimum and anytime you are in tall grass or the woods.

The Summit's insect inhabitants also include species to avoid, but common around the nation, such as bees, hornets, wasps, and mosquitoes. Mosquitoes are also capable of transmitting diseases and the Summit is in an area known where mosquitoes can carry La Crosse encephalitis. Apply mosquito-repellent on exposed skin and wear pants and long-sleeve shirts while hiking in wooded areas and in the evening.

Several threatened and endangered species are also at the Summit, so all Scouts and Venturers should be careful and respectful of any wildlife they meet.