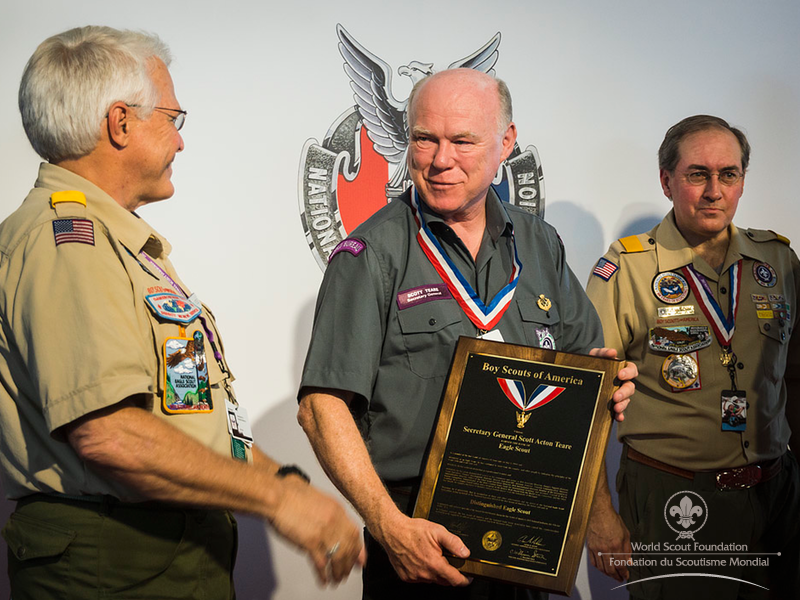 Today, Eagle Scout Scott Teare, secretary general for the World Organization of the Scout Movement, was awarded the Distinguished Eagle Scout Award during a ceremony at the Summit Bechtel Reserve. His Majesty Carl XVI Gustaf, the king of Sweden, was on hand for the festivities during the 2013 National Scout Jamboree.

While each Eagle Scout is remarkable in his own right, few are truly exceptional. Those who excel in their professions and in service to their communities are eligible to receive the Distinguished Eagle Scout Award, which is awarded by the National Eagle Scout Association.

"I was just blown away," Teare said in a NESA statement. "I have awards from all around the world, but nothing compares to this."

Previously, he was director of the Boy Scouts of America’s International Division.